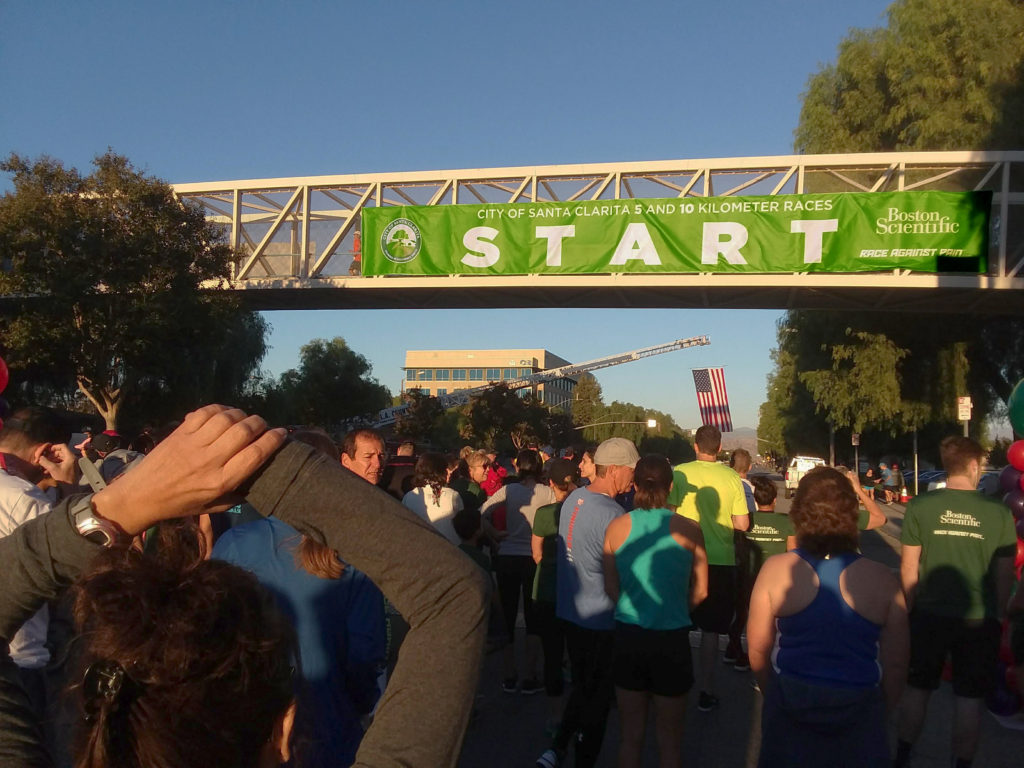 Every year since 2013 my entire family has run in the Santa Clarita 5k.

Its become somewhat of a family tradition and has been one of my favorite 5k courses to run.  Ok…in all honesty, it’s the ONLY 5k course that I run…but the fact still remains that I had always looked forward to running it because I really liked the course!  Now, you MIGHT have keyed into the fact that I’ve been using phrases like, ‘has been’, and ‘had always’…or even, ‘really liked’.  When someone talks in this manner, they are using what is called PAST tense…referring to something in the PAST.  As in…I USED to really enjoy running the Santa Clarita 5k because it WAS a really fun course that HAD a lot of variety.  However, this year, THEY CHANGED THE COURSE!

Now, I already knew that the course was changing this year before I ran the event.  In fact, I was excited about the change because now the course would lead you across the Iron Horse Bridge.  This is a bridge that looks like an old-time railroad bridge constructed from wood and iron.  I often go across it while doing my training runs and it’s become a favorite landmark of mine.  So naturally I was excited to run in a race that incorporated it into the course! 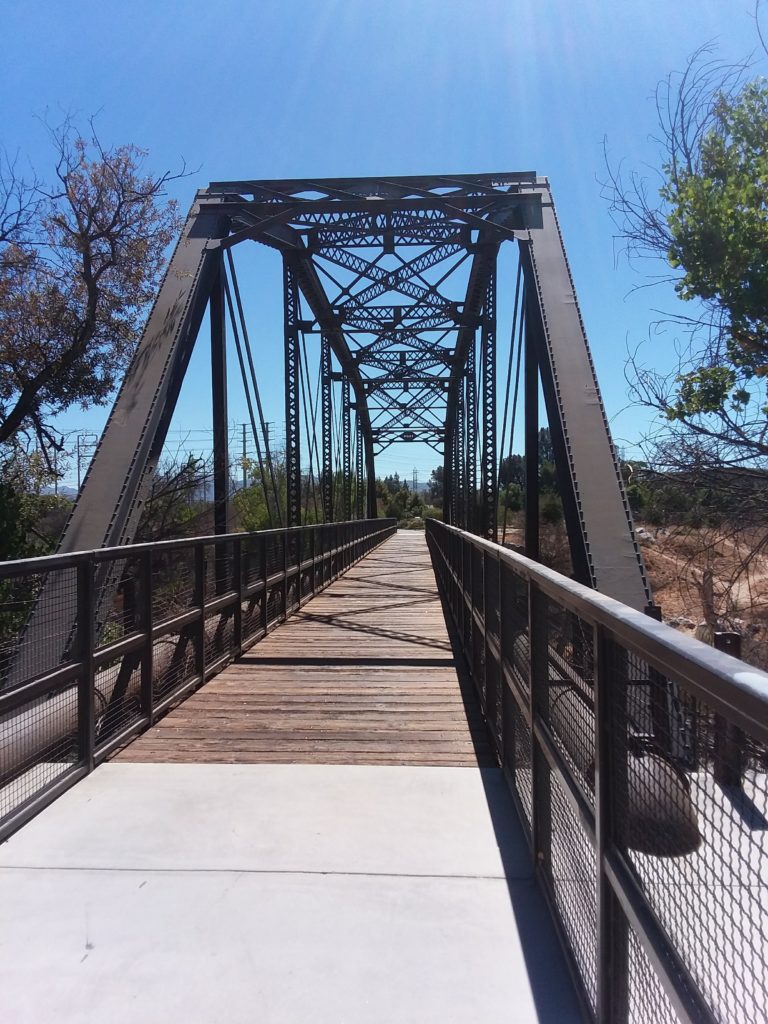 I picked up my race shirt the day before the event and the shirt had a beautiful picture of the bridge featured on it.  Nice!  The Finisher Medal this year even had a cool design that featured the bridge.  The actual 5k course, however, DID NOT INCLUDE THE BRIDGE!  What the new course DID include was a run down a straight section of road for an ‘exciting’ 1.25 miles before it veered off to join the local bike and running trails. . .JUST SHORT OF THE IRON HORSE BRIDGE. . .and turn sharply in order to AVOID the bridge, leading you on another straight section of trail AWAY from the bridge.

Just to recap. . .PREVIOUSLY, the 5k course started on a main road but quickly veered thru a parking lot with a lot of different storefronts before entering into a quiet little residential area.  Then you crossed a foot bridge over a road and wound your way down to a local park that you skirted before joining up with a section of a local bike/running trail and wound your way back behind the local car dealerships, and across 2 more pedestrian footbridges that crossed major roads, leading you to the finish line.

On the NEW course, you run in a straight line for 1.25 miles, then veer off to the right and join a local bike/running trail that goes BACK the direction you just came from, with a LITTLE bit of turns, but pretty much in a straight line. . .before  you cross the same 2 bridges you did in the past over the major roads to your finish line.  OH, and this new path DOES NOT feature the IRON HORSE BRIDGE, even though the official 5k race shirt AND MEDAL DOES.

In case you hadn’t picked up my subtle hints. . .I didn’t care for the new course.

It was boring.  I didn’t like it.  It would be like advertising a 5k race thru Disneyland, then placing the starting line just outside Disneyland and promptly turning the racers 180 degrees and having them run AWAY from it, then giving them a race shirt and medal with a picture of the Magic Castle on them. 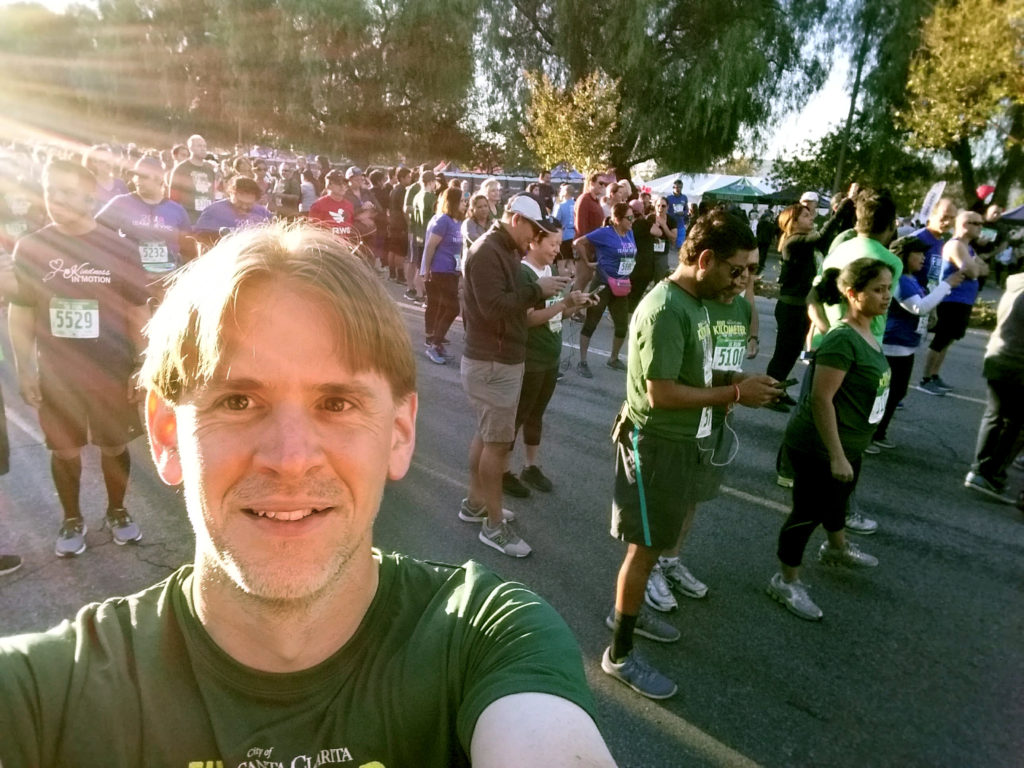 My actual run went ok. . .it wasn’t the PR that I was hoping for, but then again, I’ve been doing a lot of endurance training and not nearly as much speed training as I should if I really wanted to better my 5k time.  My current PR is 23:07, which I set on the OLD Santa Clarita 5k course back in 2016.  This year I finished with a time of 24:14, and I’m fine with that.  My training is focused on the 2019 LA Marathon right now, where we will start at Dodger Stadium and begin by running away from it…wait a minute…uh oh.

For finishing the Santa Clarita 5k I earned a Finisher Shirt and Medal. 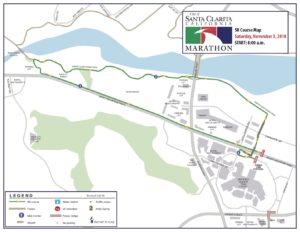