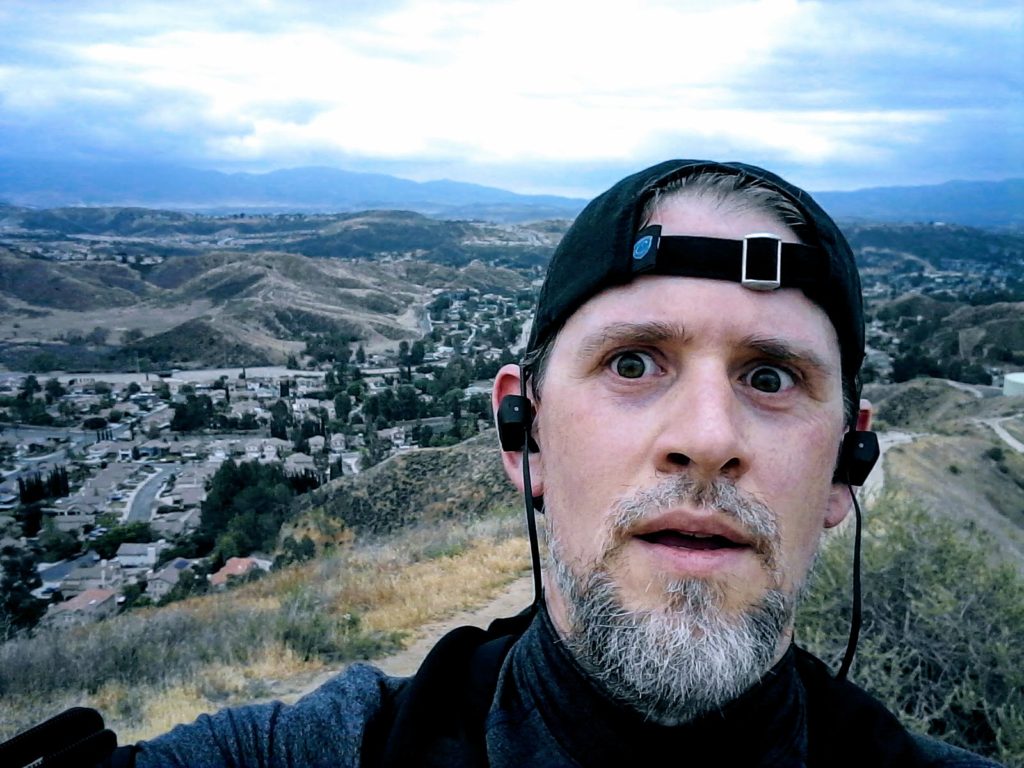 In the course of the last few weeks I've learned something very, VERY, important.

I SHOULDN'T GO ON SHORT RUNS!!

I’ve spent the last year running Half-Marathons and Spartan Beasts in an effort to get comfortable at long distances and consistent high energy output.  I’ve gotten more mentally tough by trudging thru muddy terrain, up hills, thru rivers and woods, carrying buckets of rocks and bags of sand, and the occasional log.  I’ve gotten more resilient to cold temperatures and being submerged in water.  However, despite all my efforts, it was the short 3.8 miler two weeks ago that injured my left calve!  I wasn’t even pushing my pace!  Just lightly jogging a loop around my neighborhood when BAM!  I felt a sharp stabbing pain in my calve that brought me to an abrupt halt!  Now, to be FAIR. . .I was being stupid.

MY CALVE, YOU DUMMY!

When I felt the stabbing pain, I was still about 1.5 miles away from finishing my loop.  Like a true Spartan (or maybe just someone who wasn’t about to call anyone back at his house to come pick him up because he had a boo-boo), I sucked it up and limped the rest of the way home.  Yes, I kept my Garmin running!  I was killing my pace but I was still going to get those 3.8 miles!

Over the next few days my calve remained very sore and complained loudly anytime I needed to go down a flight of stairs.  Going up wasn’t so bad, but going down hurt.  I’m only a few months away from my very first Marathon so every training run is very important at this stage, so it hurt even more that my 21 mile run I had planned for the weekend was out of the question.  Luckily, I’ve dealt with enough running injuries to know that this would get better before too long, so I decided to simply rest my calve for a week and let it heal up.  I went to a Yoga class that I hadn’t been to in a while, thinking that some deep stretching might help speed up the recovery process.  It twinged a few times in a few poses, but I think it helped.

After a week I decided to lace up and head out on a test run to see how things were progressing.  I decided on a nice 4.5 mile loop and set out at an easy pace.  I chose this 4.5 mile loop because it’s fairly hilly and I wanted to really put my calve to the test, but after about a mile I decided to turn around and head back.  Although it was definitely feeling better, I could tell that it was starting to fatigue a bit and was getting a little sore.  I gave it another week to rest.  Today I decided to go to the gym with my 17-year-old-son (former 16-year-old-son) and 14-year-old-son.  It was time to kick-off the 2019 Race Season Training Schedule, and it was time to give my calve another shake-down.  The gym went well and my legs were feeling strong again, so afterward my 17-year-old-son and I decided we would also kick-off our hill climb training. 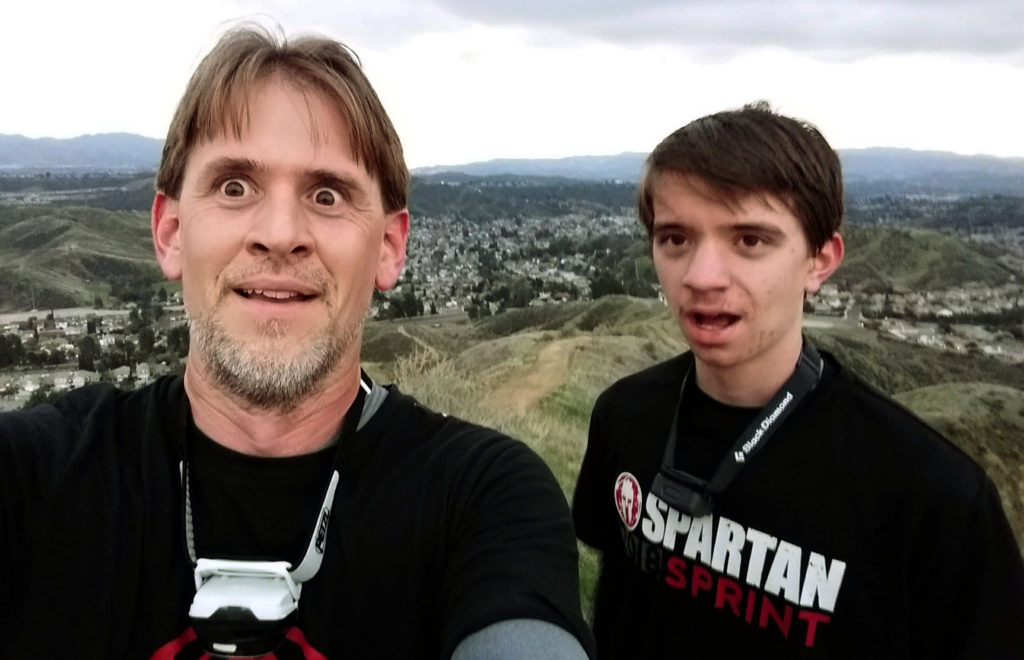 For the 3rd year in a row I’m signed up for the Spartan Beast at Big Bear, CA., and this year my 17-year-old-son is joining me!  Big Bear is known by many as being one of the toughest (if not the toughest) Beast on the Spartan North American calendar due to its non-stop steep mountain ascents.  During it’s 13+ miles you’ll ascent around 5,000 feet!  So we went to the base of a ridge near our house and climbed to its peak and back 3 times.  In only 2.9 miles we climbed up 1,240 feet, and the best part was my calve felt fine the whole time!  I’m back in business!

So, what did I learn?

Another thing that I’ve learned over the past few years of running Spartan Races is that I’M PRETTY BAD AT THE SPEAR THROW!  My hit-percentage was hovering just above 0% when I discovered an underhanded ‘Granny Throw’ technique while visiting my Dad.  I hit the next 2 Spear Throws and thought I had found my solution, until I missed the next 2 after that!  Well, enough was enough!  I mentioned to my LOVELY Wife that I was going to make my own Spear Throw in our backyard as soon as I could find a decent deal on Straw Bales.

Well, that very afternoon she called me at work and asked ‘How many Straw Bales did you need?’  It turned out that our boys school had used several for an event and had them just lying around the parking lot!  She asked the guy in charge and he said she could have them 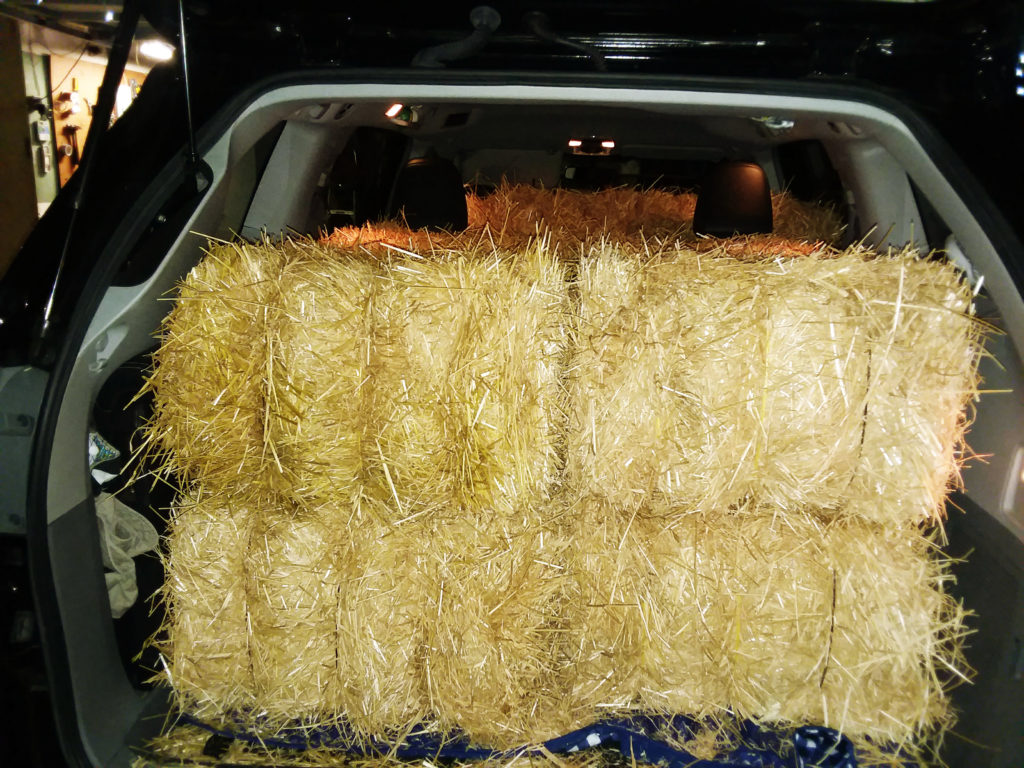 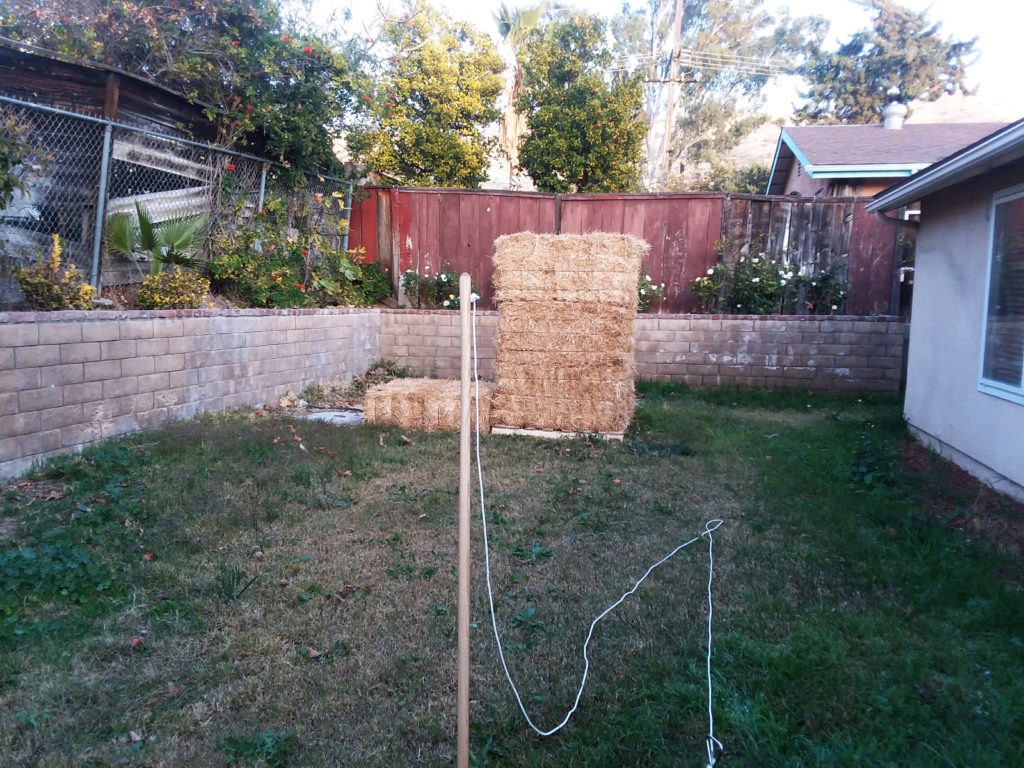 if she wanted, so she got some help and SHOVED 5 INTO HER MINIVAN!  What a woman!  I unloaded them with the help of my 14-year-old-son as soon as I got home, and then we promptly drove back to the school to load up another 4!  A trip to Lowes, some

assembly at home, and I now have my very own Spear Throw!  You just cannot beat the low-low price of 0$ for 9 Straw Bales!  After only a few days of practice, I’m a LOT more confident with my overhand throw and plan on practicing weekly to stay sharp.  2019 is going to be the year that I get my 1st perfect, burpee-free run! 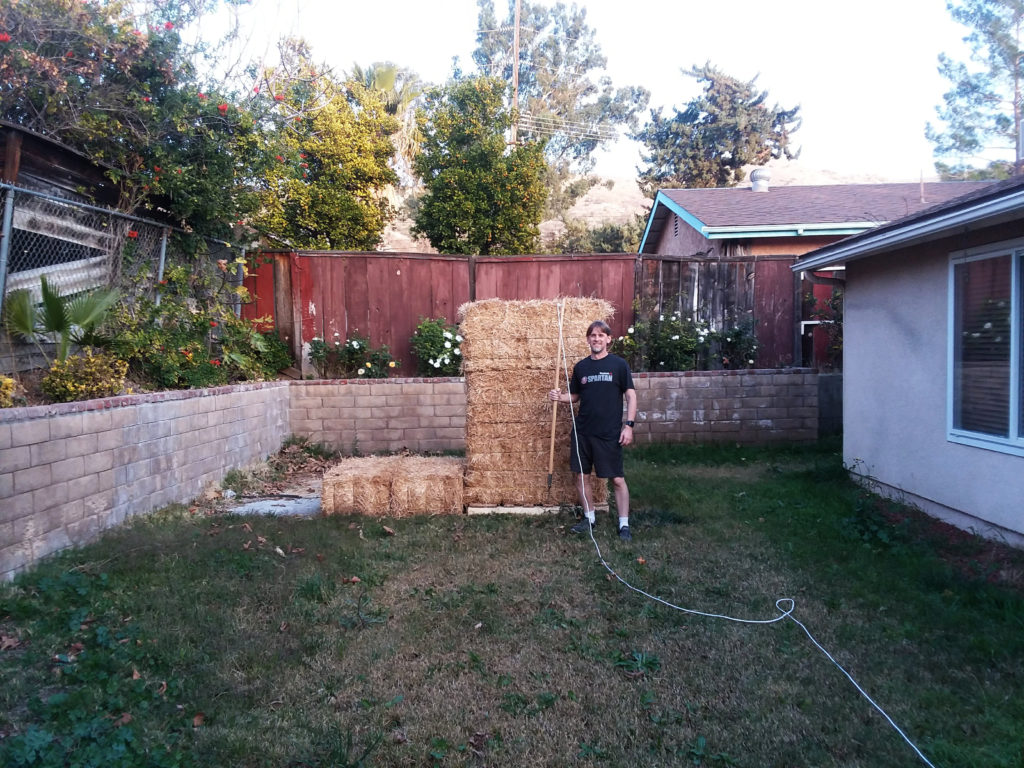 Speaking of 2019, I’m still hashing out the exact Race Schedule, but so far it includes 1 Marathon and an X2 Spartan TriFecta.  I’m looking to add in a few more Marathons in order to try to get more comfortable at that distance, making this the Year of the Marathon!  It’s also part  of my overall goal to make 2020 the Year of the Ultra, where I plan on doing my first ever 50K Trail Race (31 miles) and Spartan Ultra-Beast!  I’ll post more about what I’m training for this Race Season as I get it nailed down.  For now, I’m concentrating on getting ready for my first ever Marathon and my 3rd trip to the Beast at Big Bear!

Please let me know in the comments below if there’s anything you’d like to know more about, or a possible topic you’d like me dig into!  I’m learning as I go, but I’d love to help encourage anyone who might be starting out!